It's Sunday and I'm up to speed on homework and housework. Kids are playing with their friends and I have some time to myself.

My go to at the moment is Netflix. I like having a look through titles that are popular and trending and I'm being directed to a number of Bollywood numbers that I haven't heard of.
This week it was Zero. Story of a dwarf batchelor who finds love with an intelligent MS sufferer. Lovely story of love which hasn't received much traction due to the main leads having some kind of disability or deformity.

Another one I watched a few weeks earlier was Ek Ladki Ko Dekha To Aisa Laga, about a young girl who dreams of a wedding day and being married to a girl. We see the pressures of society to conform to the norm depicted by her brother.

I also saw a trailer for a film about cohabiting for a house before marriage (Love per Square foot) haven't seen this one yet.

So why are these films not as popular? Why is there no hype around them?
Why does do mediocre stories receive so much publicity- is it down to the marketing funds behind the production houses?

It's difficult not to acknowledge that all of these films dare to take on either taboo subjects or western lifestyles traditionally dismissed by indian generations to preserve their culture.
They are not family films to be watch with young daughters of the family incase it put ideas in their head.
Yet, it's ok to watch over dramatic rubbish of bullying mother in laws, pregnant women thrown down stairs, women being raped, manipulative religious leaders and black magic. All that stuff seems fine.

When will people understand that being gay isn't something you catch? Having a disability doesn't make you inferior to others.
Why can't people be happy that we are embracing and moving with the world as it progresses. How can we be an intelligent and educated nation if we refuse to challenge old fashion thinking and champion these films.

This is the difference in progressive nations and us Indians. Western nations champion being different and celebrate their achievements. Our families push us to traditional ways of life, being a wife, learning to cook, having no mind of our own yet hold a career, and that to must be a doctor, laywer, or accountant otherwise whats the point.

I found these three films refreshing from the usually crap like Golmaal that have no story line. Thought-provoking, full of optimism. 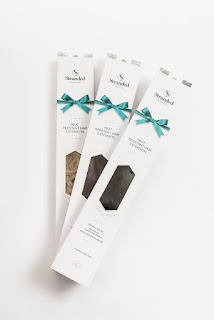